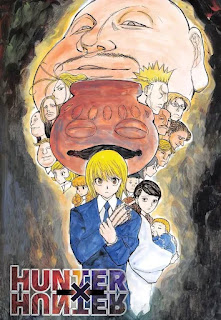 If you haven't read the news, then we are happy to let you know that Mr. Togashi is back. Togashi, the author of the famous Shounen manga series, Hunter x Hunter has been on break since November 26, 2018 and this would be his first chapter release in about 4 years.

The news broke out when an anonymous account on Twitter posted a photo of a manga draft. The description says "four more episodes or chapters for now".


There were some questions about the crediability of this post, but all of these speculations were put down when the author of the One Punch Man series Yusuke Murata confirmed that the account belongs to Togashi himself. He says: "We're told this is from its person himself.However, Shueisha has yet to comment on the ordeal yet, but for now, fans are feeling confident about the big revelation.

With regards to the future of the series, this doesn't imply that series will have regular releases from now on. At this point, we all are too familiar with Togashi's health issues, but we are hopeful that Togashi might want public enough chapters to finish the current volume if his health allows it. So, if you are not caught up with Hunter x Hunter manga, this might be a good time to catch up.