People who know me believe that I am one of the biggest One Piece fanboy, but the reality is that there's a bigger fanboy in me and that is Berserk fanboy. The reason I say that is because I don't recommend people to read One Piece or other series, but when it comes to Berserk I make sure people read it no matter what. I also don't argue with people on Berserk content because I know that whatever concerns or opinions people had regarding Berserk's story or its art are worthless. Berserk is perfect.

The thing that really breaks my heart is that Kentaro Miura, the author of the series, as a writer had completed most of the hard work and now it was just a matter of moving things forward. Every piece was in its place, things started to converge and suddenly he just can't complete his masterpiece.
Miura cared about his story and characters as much he cared about his art. For him, every pixel of the series had to be perfect and that cost him his life. The stress of delivering 100 percent in every chapter is a daunting task and it's way worse for perfectionist mangaka like Miura. 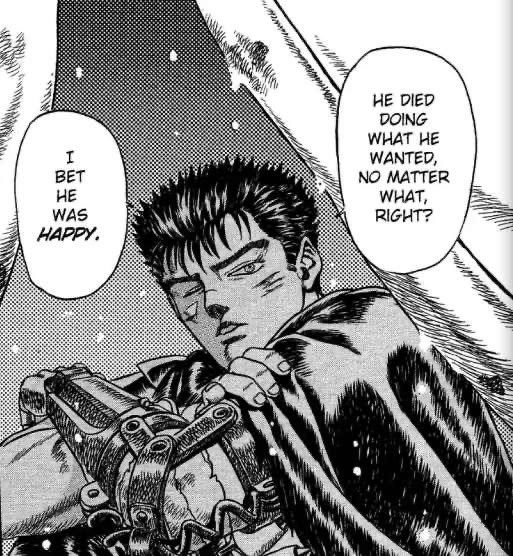 I still don't know how can I come to terms with this reality. It feels like something very important has been taken away from me. However, I have just realized how much these fictional stories are a part of my life.
Thank you Miura for providing me with the greatest story I have ever read. Berserk always had my back, and it never disappointed me.
Berserk