Porco after cursing Reiner all his life forgives Reiner in his last moments after realizing that it was because of his brother he wasn't able to inherit the Armoured Titan. Sad end to a character who was always ready to die for his people and who considers himself a warrior. If you have to give the warrior tag to any titan shifter it would be Porco.

Something interesting to note is that once again Jaw Titan shifter sacrificed himself. Ymir and Marcel also sacrificed their life for their loves ones.

Colt is the elder brother we all dream about, and his last moments proves that. Him not letting Falco go moments before the disaster knowing well that there's nothing he can do about it makes this one of the saddest panel of the series. The emotions, hopelessness, and the betrayal all in one panel. 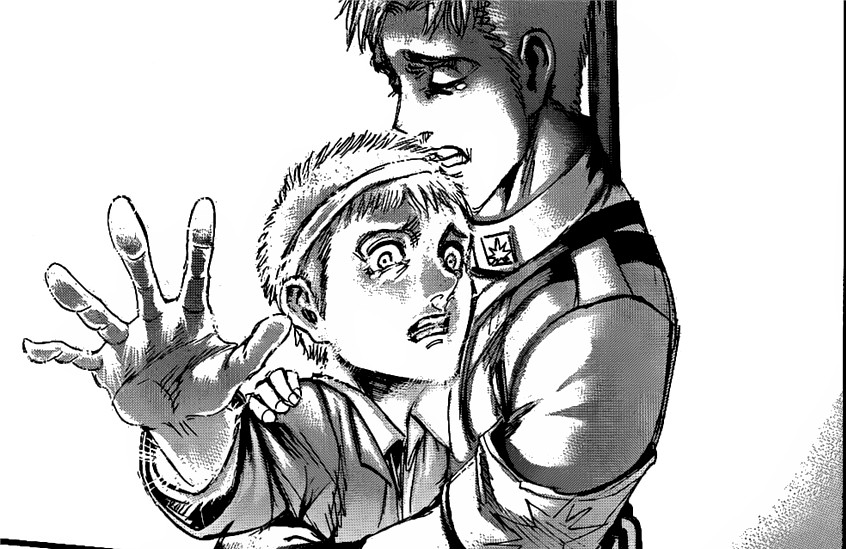 The thing which makes this scene more gut wrenching was his plea to Zeke. He begged for the life of his brother from the person who he thought was his mentor and friend.

Falco, we all knew he was going to inherit Armoured Titan, but Jaw Titan was good twist in the end.

As much as ruthless and emotionless Zeke is, he can't hide the feelings for his brother Eren. Eren is his last hope and he has bet everything on it. To see your last hope vanish in-front of you is devastating even for a character like Zeke.

Eren isn't dead, shifters can only die if their time is up or a new host takes over the titan.

What I believe actually happened in this chapter.
Eren has actually used the power of founder titan in this chapter and is in control of everything. He has altered people memory.