By Mugiwara July 30, 2015
The revelation of Yonko, Hundred Beast Kaidou out of nowhere is the biggest surprise Oda gave to the One Piece fans this week. Everyone was waiting for the traditional post arc Straw hat party, but no party this time, Oda  straight into the business. Kaidou has been introduced in the best possible way. 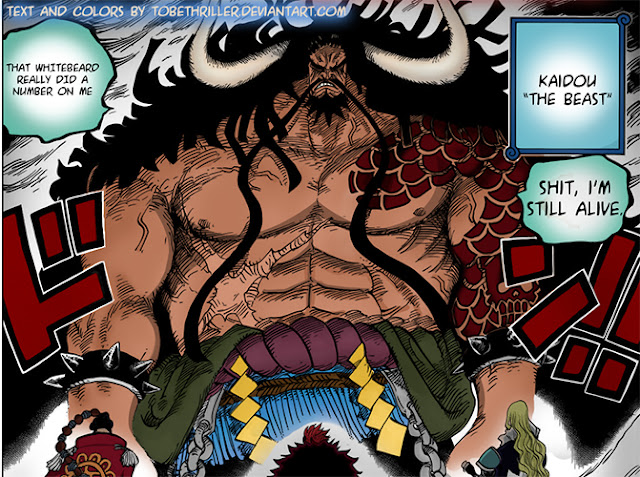 He is as huge as Whitebeard was and his mustache is more awesome than Whitebeard. His hobby includes attempting suicide. He is so bored from his life that he just visited Skyland for another suicide attempt. He believes that his death wish might come true if he jumps off from Sky Island which is 10,000 meters above the earth level, but once again he fails.

Kaidou's lost counter:
He is considered as the strongest living creature off the sky, land, and sea. This explains why one of the strongest Shichibukai Doflamingo was afraid of him and was working under him. It would be best for Kid's alliance to not act like kids and just run for their life or just make an alliance with the beast.

Kaidou is also very annoyed at the fact that Whitebeard is gone, it might be because Whitebeard is one of the person who has defeated him and is capable of one on one fight against him.

After reading this chapter, I am not sure how Shanks handled Kaidou when Kaidou was going after Whitebeard during Marineford arc and that too without an arm and devil fruit and how he reached at Marine-ford without any casualties. My biggest fear would be Kid and Co making an alliance with the Kaidou that would make a lot of trouble for Shanks.

A portion of Kaidou's face was shown in the cover page of chapter 693. This shows that the eye ball on the top right belongs to Big Mom. 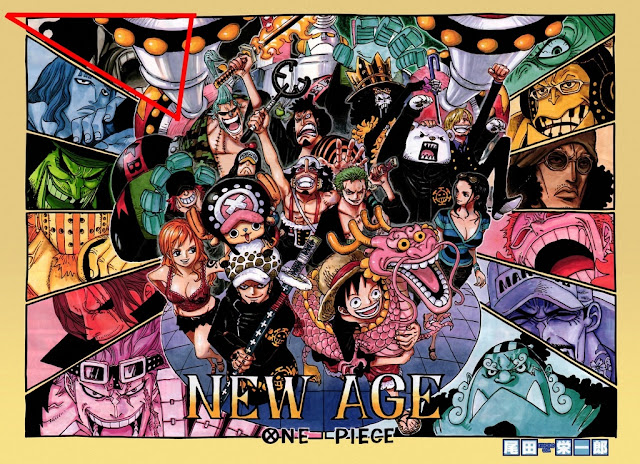 It's also good to see Sanji, Nami, Brook and Chopper once again. They escaped Big Mom. Oda didn't reveal how they escaped, but now they are at one of the Kaidou's territory looking for a little deer looking girl.
Kaidou Manga OnePiece