By Mugiwara February 11, 2015
Have you every wondered about crazy anime characters? We know that you are familiar with sweet, good looking and kind-hearted characters, but don't let the cute faces fool you. This time we are going to feature the craziest and psychopath anime characters you might not have known. 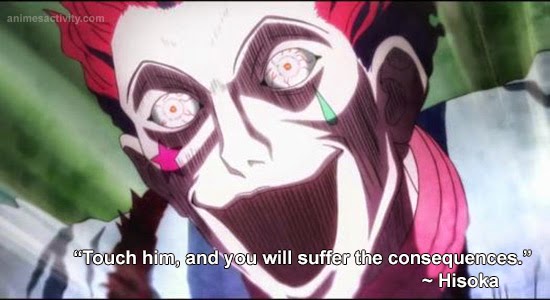 The creepiest anime male character with a strange personality and sexiest look. Everything depends on his mood if he feels like he want to kill somebody he will do it no matter what they circumstances are. 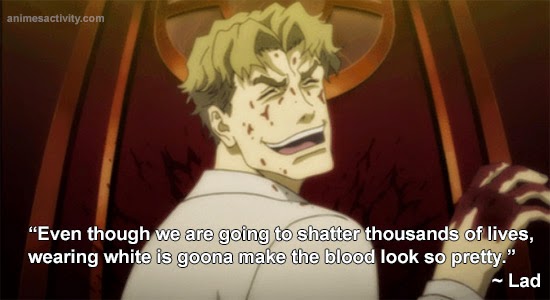 Sekai is one of those characters where a good person turns bad because of love, a perfect yandere. She kills her boyfriend for cheating on her, she cuts her head off and tells the other girl she is pregnant just to make her suffer emotionally.

Talking about psychopaths and not mentioning characters from Higurashi doesn't make sense. It is difficult to choose one figure from this anime as majority of them have loose nuts. If I had to choose one it would be Rena. 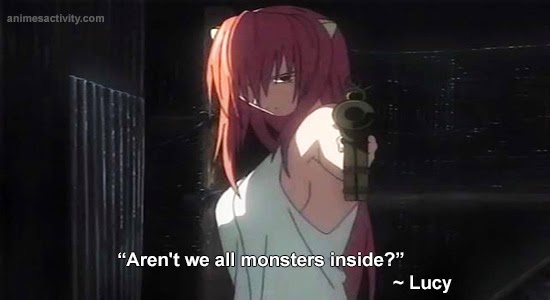 Diclonius Queen, with dual personality. When her killing instinct takes over, there is no stopping. In the whole series, she has killed several people by slicing their fingers, hands, legs and heads showing no mercy to the opponent. She became psychopath when her dog, the only one she able to communicate with was killed by some bullies in front of her. 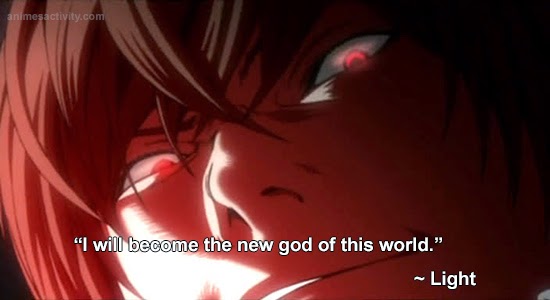 Genius college mind who lost his path during the process of eradicating criminals from the society, creating a perfect world. He was first killing only criminals, then he started killing everyone who was getting in his way. He is the most selfish character I have ever seen, used his father, girlfriend and anyone who trusted him.

4. King Hamdo - Now and Then, Here and There

Military leader who abducts children for his selfish goals. He once lost his cool and killed a cat by repeatedly stepping on it. He really has no control over his anger when it comes to water, he is obsessed with water. 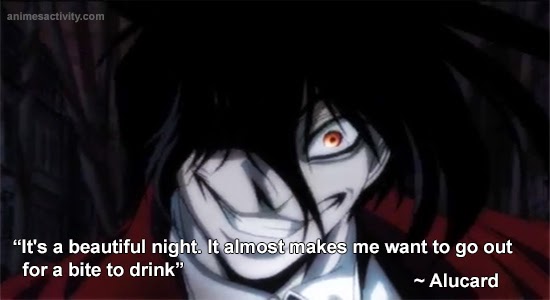 Blood lusted vampire with a massive amount of power who likes to prolong the battle which makes him excited and kills his opponent in the worst possible way. Nothing works against this vampire, he closest thing near to immortal. He also has the ability to turn virgins to slave who will obey him forever. His laugh is worth watching. 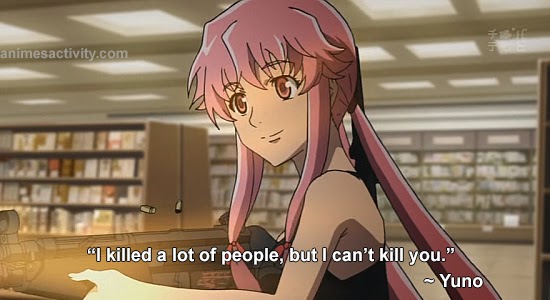 Yuno is the craziest anime girl who can do anything for her love. Yuki promises to marry her when they will become adults. Her mother is the cause of her psychopath behavior because she was often abused by her in the absence of her father. She was even ready to kill the boyfriend's mother if she rejected her by saying that "no need of tools for this". 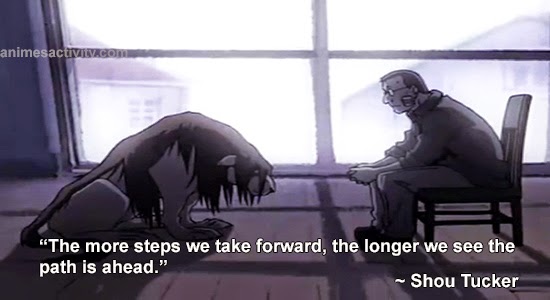 Shou Tucker is one of those guys, anime fans can't forgive no matter what the reasons are. To save his job he uses his daughter and dog in an experiment which results in a creature called chimera and made her sweet daughter life miserable. Later, he experimented the same thing on himself.

These are what we believe the ten most craziest anime characters, there might be few more if you think we have missed some one do let us know in the comment box.
Anime Characters Top Ten