By Mugiwara March 01, 2013
Animes are getting popular day by day and there are alot of animes out there so every one wants to see the top or best animes due to time issues. Animes consists of long and short series( series below 100 episodes are considered as short animes). If we start comparing all animes it would be difficult to say which are best but we have made a Top 10 best Animes ever list which is totally based on their popularity, graphics, plot (storyline), characters, and number of fan followers.
In this list there are few animes which are on going and few which are completed. 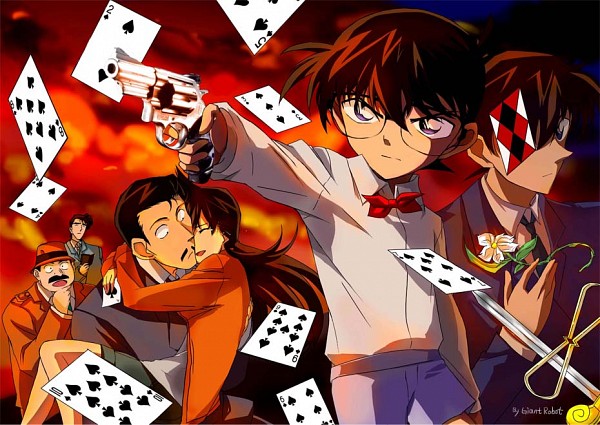 It is consider as the longest anime ever which is still going on, actually the anime started in 1996 and story is still progressing. It about a boy Kudo Shinchi who was famous high school detective but one day Shinchi witnessed an illegal trade during this he got caught and was attacked from behind in order to kill him he was given a drug but the drug instead of killing him shrank his in to a seven year old kid. He keep this secret from his girlfriend Ran and starts living with Ran and his who was also a detective Mouri kogoro. He solves alot of cases in order to get the antidote from black organization who attacked him.
Goho Ayoma is the Author of Detective Conan. 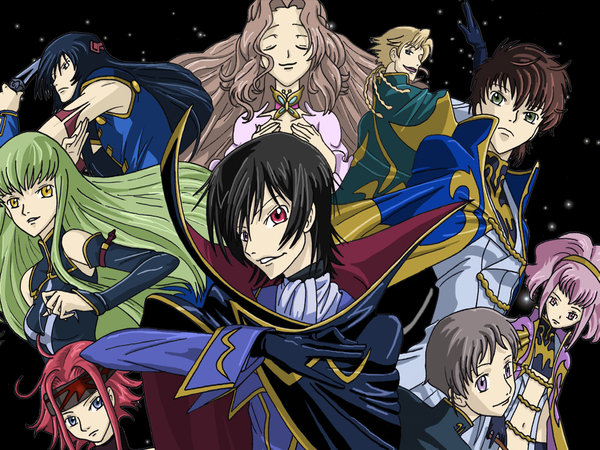 Code Geass is full of action, military, science fiction, and Mecha. Its more like deathnote. Lelouch a high school student who is good in chess and gambling meets a girl named cc during the attack of 11's (people of japans were called 11's those days beacuse of there rebellion) trying to steal some military power but accidently lelouch foud a girl in the same truck which was hijacked and that girl named C.C gave lelouch the power of Geass which allows him to control people and follow him according to his wish. Lelouch promised his freind Suzaku that he will destroy britannia beacuse of some grudge against his father who is the king Britannina. They story will procede Suzaku will join Britannina force to stop this conflict while lelouch will become the leader of Black knights using the name Zero. 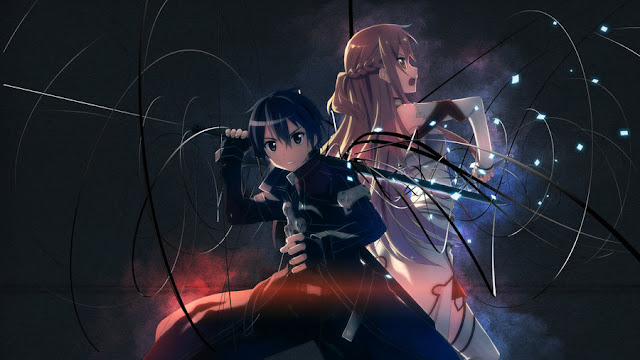 Sword Art online is based on VRMMORPG and its an anime which is full of romance. Sword art online is considered as the best anime of 2012, the most popular anime to be released in 2012 . Using Nerve gear user can go in to virtual world and can use his whole body which is being controlled by his brain using nerve gear. Kirito and other player while playing got stuck in game in order to to come back to real world they need to cross a 100 levels each level has its own boss. After first season, Alfheim Online  second season was released which is a whole new virtual world . The Third season would be releasing soon it is named as Gun Gale Online GGO. 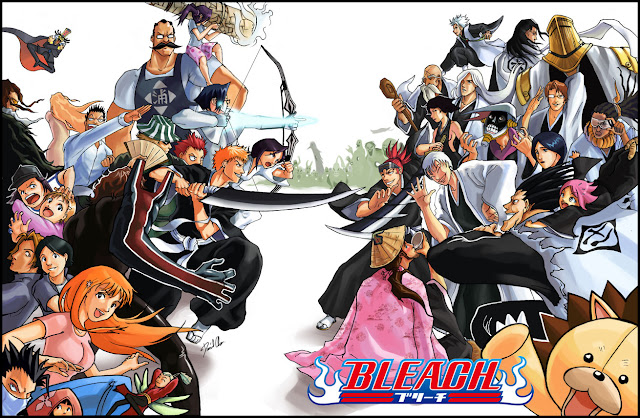 Bleach is also a popular anime full of swords fighting between Shinigami's. Kurosaki Ichigo a boy with orange color has the ability to see ghosts.To protect his sisters he obtain Shinigami powers from Rukia who is also Shinigami and becomes a substitue shinigami whose job is to kill hollows who attack humans. But it was forbidden to give powers to normal human due to which Rukia Brother and Team mate Renji came to human world and beated ichigo and inform that Rukia would be excuted beacuse of you. In order to Protect and repay Rukia Ichigo along with his friends Chad, Inoue and Ishida train to make themself strong and story continues.
The Author of Bleach is Kubo Tite. 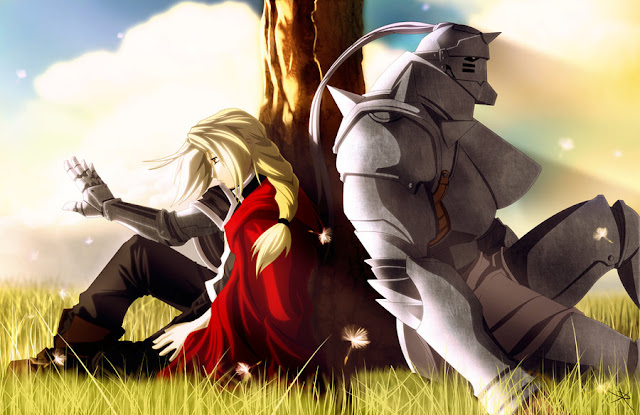 It consists of Fantasy, Adventure, Crime, Brotherhood and Equivalent trade. Two brothers Edward Elric and Alphonse Elric are trying to restore their bodies which they lost while performing Prohibitted Alchemy technique Human Transmutation but there is one alchmey rule to obtain something, something of equal value must be lost. They will find the answer as the story progress. Best anime for brotherHood Relationship. Full metal Alchmeist BrotherHood consists of 64 episodes.
The Name of the Author is Hiromu Arakawa. 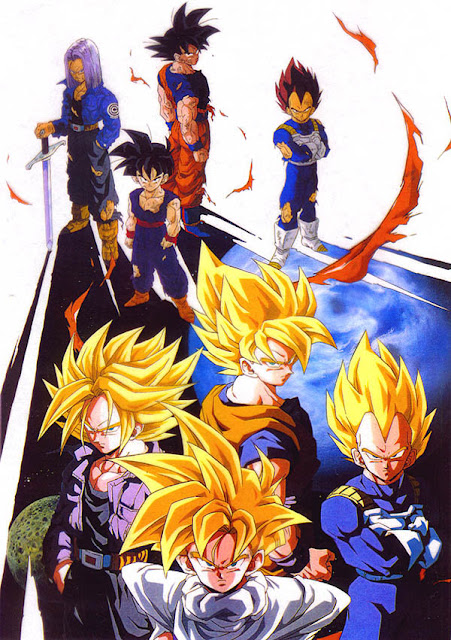 Well i dont think i have to say something about this legendary Anime. This anime was know as legend during his time full of actions and powerups. I dont think so i need to mention more about it between it was my first anime who mademe anime freak as you can see now. There are alot of Dragon Ball z Saga. It was an long series.
The Name of the Author is Akira Toriyama. 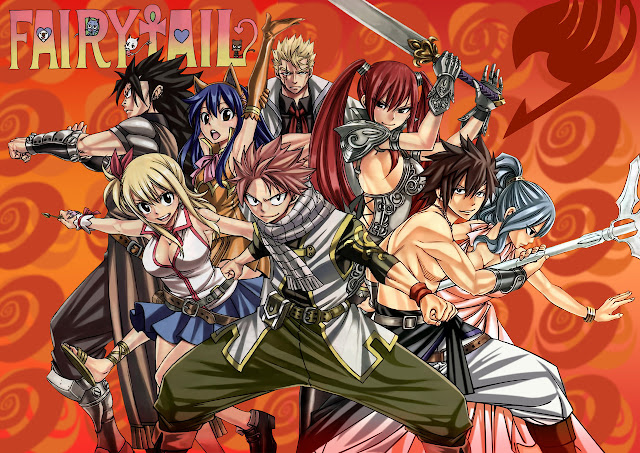 Fairy Tail is all about friendship. Its an fantasy anime about Magic and friends taking care of there Nakama. A boy named Natsu igneel who is dragon slayer, claims that his father was a dragon, one day he vanishes and he wants to find his father Igneel ( A Dragon) As Natsu was kid when igneel left him so he joined a guil name Fairy Tail and he consider it his home. Lucy is also a main character of series she is also a mage they story continue with other guild members Gray, Erza, Gajeel, Laxus and Wendy. Its an on going anime. The Name of author is Hiro Mashima. 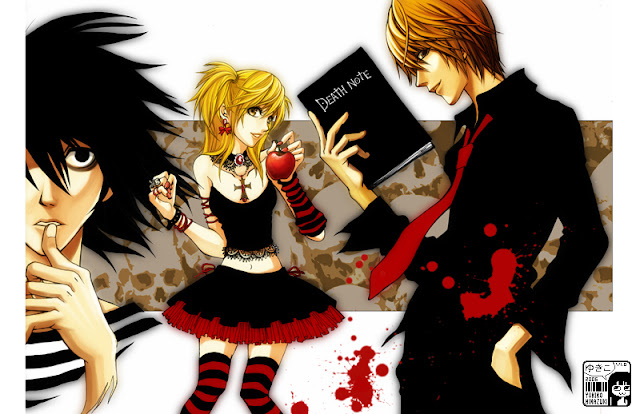 Deathnote is shortest anime ever which is still considered as the best anime of all times. In DeathNote there is alot of  mystery and unqiue story, As name says DeathNote write the name of the person and that person will die. Yagami light an intelligent student found this book and started killing corrupted people and so crime rate decrease but "L" a famous detective whom no one had ever saw and no one even know his name consider light as mass murderer. They both compete with eacth other light wants the name of L and L wants to reveal the Identity of Kira (Yagami Light).
The Name of the author is Tsugumi Ohba. 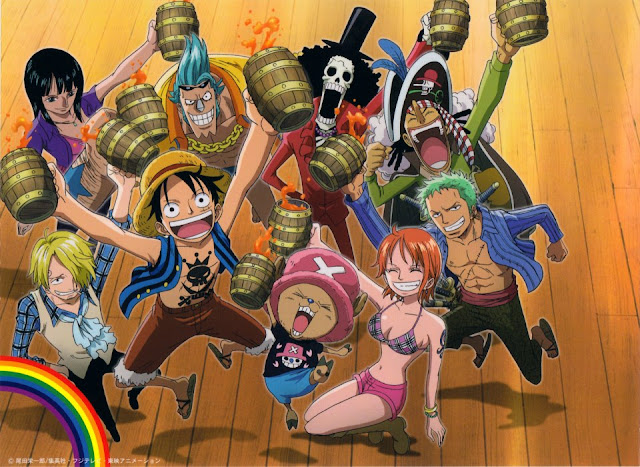 If you are looking for funny moments then One piece is the best place for you. Series start with a boy name Monkey D. Luffy who wants to be the king of pirates the only way to get this title is to find the treasure named One Piece left by the first pirate king Gol D Roger and his mates. Alot of pirates are in search of it along with the luffy the thing that differentiate Luffy from others is that he want to enjoy the adventure he really gets mad if something happens to his Nakama and as the story goes on he starts gathering members for his pirate crew. Its still an on going series.
The Name of the author is Oda Sensei. 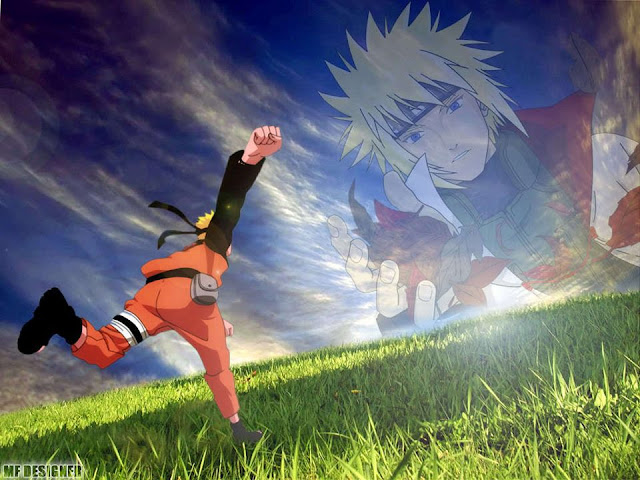 Uzumaki Naruto is one of the most popular Shonen anime and Manga like One piece. A knuckle head ninja whose dream is to become hokage and surpass all previous hokages, in his child hood parents never allowed their children to play with naruto beacuse of the nine tailed fox sealed inside him so he was always alone, as the story progress he meets new people Iruka Sensei, Sasuke Uchiha (His rival and Best freind) Haruno Sakura and Kakashi Sensei and help him in becoming a fine Ninja. Its also an ongoing series.
The Name of the Author is Masashi Kishimoto.

It very diffcult to rank all animes there are alot of animes which are popular. Hitman reborn, Hunter x Hunter, Kenshin Humra, Soul Eater,  Mirai Nikki, Hellsing and so on. If we rank them they would surely be in top 20's. May be this list doesnot matach according to your top 10 animes so feel free comment we may adjust the rank depending upon your response.